Everything You Need to Know

- July 21, 2016
On Saturday afternoon a friend and I headed to the spa for a relaxing soak. In order to do this I had to leave my fourteen year old on his own for a few hours. I have done this before and knew he could handle it, but I wanted to make sure that I had my cell phone in case he needed to contact me. I checked my phone before leaving and the battery was at 32%. Not critical, but low, so I decided to plug it in for a few minutes before I left.

As soon as I made that decision I heard a tiny voice in my head say, "If you plug it in you will forget it. Why not just charge it in the car on the way there?" This was a perfectly reasonable suggestion, one which I decided to ignore. 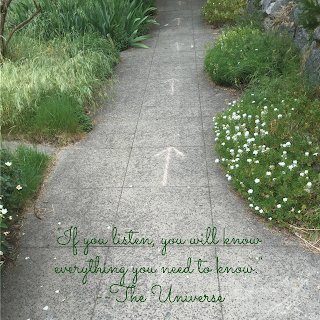 I walked over to my charging cord, plugged in my phone and sat down on the couch nearby to wait for my friend to arrive. When the doorbell rang I sprang up, grabbed my bag, slipped into my shoes and walked out the door - you guessed it - forgetting my phone in the process. Half-way to the spa I realized what I had done and thought about turning around, but that seemed extreme so I had my friend send my son a text letting him know what had happened and asking him to text her number if he needed anything.

"He's fine," I responded, "You are just being paranoid. Everything is fine."

And I really felt that, that everything was fine, however, the voice spoke again, a bit louder this time, "Call your son." And this time, I listened.

I got up, threw on my robe, walked to the front desk and asked if I could use their phone. A very nice woman allowed me to use the front desk phone and I called my son. When he answered I asked him "How are things going?"

Alarm bells started going off. What could be wrong? Did he hurt himself?! Did someone break in?! "What's wrong?!" I said, alarm in my voice.

"I can't find my wallet," he replied, "and I wanted to buy some pizza for dinner."

"Whew," I breathed a sigh of relief and then smiled. The Universe was taking care of my boy.

I told him where his wallet was (I had picked it up off of the floor earlier in the week) and he got off the phone happily on his way to pizza Heaven. I went back to the locker room just as my friend came to look for me to see if I wanted to get something to eat. She opened her locker to grab her wallet and quickly checked her phone. "There's a message from your son," she said, "He can't find his wallet."

I checked the text. It had come in twenty-four minutes earlier, right about the time I had first heard the message to call my son. I smiled and said, "It's all good. I called him a few minutes ago." And with that, we headed off to dinner.

At dinner we ordered our two favorite dishes to share and thumbed through some magazines while waiting. My friend's dish arrived first and we dug in. A few minutes later my dish arrived except it wasn't exactly what I had ordered, which was the Bi Bim Bop in a hot stone bowl. They had brought me the cold version.

Bummed I thought about sending it back, but figured there had been a mis-communicatoin and decided to try the cold version instead. My friend stopped me, "Wait, what if they brought you the wrong dish and that one is meant for someone else?" I hadn't thought of that, but it was a possibility. We didn't even have time to try and catch our server's eye before she was back, hot stone Bi Bim Bop in hand, apologizing for mixing up my order with someone else's.

As we tucked in to what we had ordered, my friend looked up and said, "I have no idea how I knew that's what happened, I just had a feeling."

"I just had a feeling." "Something spoke to me." "I heard a voice." These are all phrases we use to explain the unexplainable, to make sense out of that which does not make sense to our thinking mind. We know something we should have not been able to know, we feel something that turns out to be true, we run into someone we have not seen for ages just moments after we have a thought about them.

The Universe speaks to us in many ways, thoughts, feelings, dreams, phone calls, hunches, signs, and only some small part of the time are we even aware that this is happening. The great news is that we can become more aware. We can choose to listen more carefully. We can heed advice that we only half believe in. And we can even ASK for signs and help when we are feeling confused.

Our intuition is a gift that we have been given, all we need to do is LISTEN TO OURSELVES.

I hope you will be inspired to LISTEN more carefully this week and follow the guidance you are being given. I would love to hear about your experiences in the comments. Have an intuitive week everyone!