Showing posts from February, 2015
Show all

Wisdom from The Imitation Game

- February 06, 2015
"Sometimes it's the people no one imagines anything of who do the things no one can imagine." --From "The Imitation Game" For everyone who feels they are a little bit - or even a lot bit - weird or different. Keep doing what you are doing.
Post a Comment
Read more

You Gotta Have Faith 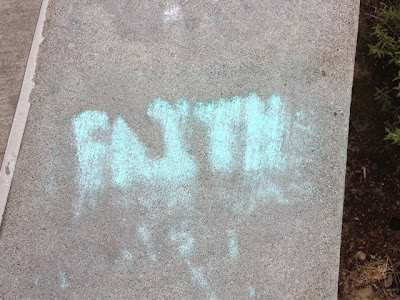 "[You] gotta have faith" -- George Michael When I think about what went wrong in the big game on Sunday against the Patriots, I keep coming back to the word FAITH. All season long, even when it didn't make any sense, that's what this Seahawks team had. They had FAITH. In themselves and in each other. Faith, faith, faith.   And it seems to me that in the last seconds of the Super Bowl they lost it. They got scared and they forgot who they are. They forgot that if you have twenty seconds on the clock and three tries and you give the ball to Marshawn Lynch he WILL make it across that goal line even if - maybe especially if - everyone on the other team knows he's going to have the ball. This lack of faith - in themselves and in each other - cost them this game. And it is so sad. It is heart-breaking, really, on so many levels. After the miraculous win against the Packers and after the miraculous catch just minutes prior and after all the talk about c
Post a Comment
Read more
More posts