Showing posts from July, 2019
Show all

Many Voices, Many Rooms: Week 6 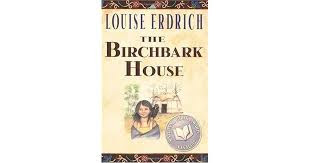 Highlights of the Week
The Birchbark House by Louise Erdrich - Years ago I read - and loved - Louise Erdrich's early books: Love Medicine, The Beet Queen, and The Crown of Columbus (written with her late husband), but it has been years since I picked up one of her books. Recently my mom gave me a copy of this book, the first in a series about an Ojibwa girl named Omakayas. A spare, beautiful tale of life lived in community and with family according to the seasons, this book makes clear how much was lost when the white man ("chimookoman") "discovered" this land. I have already downloaded the second book from the library. This is another book I can't wait to share with students.

Crazy Rich Asians - After hearing about it for the past year, I finally watched this movie on the plane ride home from Brazil last week -- I also watched a sweet Brazilian rom com that I wanted to include here, but I didn't write the name down and no matter how much I search I just …
Post a Comment
Read more

Many Voices, Many Rooms: Week 5

The Inexplicable Logic of My Life by Benjamin Alire Sáenz - The New York Times book review calls this, a “mesmerizing, poetic exploration of family, friendship, love and loss.” I call it a heart-warming read and a book I can’t wait to share with my students. From the acclaimed author of Aristotle and Dante Discover the Secrets of the Universe, which I also read and loved, my favorite quote comes from the Dad (Vincente), “No extra credit for being a decent human being.” In other words: just be a decent human being. Great advice for these troubling times.

Closer Than They Appear a podcast featuring Carvell Wallace - The tagline for this podcast is, “If America is an estranged family, this podcast is our awkward holiday dinner,” but I found it softer than that. At once honest and hopeful, I am going to let two quotes from the podcast speak for themselves:

"Hate and anger are guard dogs to fear." --Carvell Wallace

Many Voices, Many Rooms: Week 4

This week’s highlight is the podcast “Tell Them, I AM,” which is about "the small moments that define who we are and who we are not" featuring all Muslim voices. My favorite is still the very first one I listened to, a story by Akbar Ahmed about a train journey that changed his life. The host, Misha Euceph, starts each episode with an anecdote from her own life and then lets her guests take it from there. Notable guests include Alia Shawkat (Arrested Development), Iqbal Theba (Glee and Community), and Tan France (Queer Eye), but some of the best stories are from people I had never heard of. Simply lovely.  Other Highlights

"Late Night" - written by and staring Mindy Kaling (The Office and The Mindy Project), and directed by Nisha Ganatra, Late Night deals directly, but also gently and with humor, with issues of racism, sexism and discrimination in the writers' room of a late night television show. Rogerebert.com describes it as…
Post a Comment
Read more
More posts