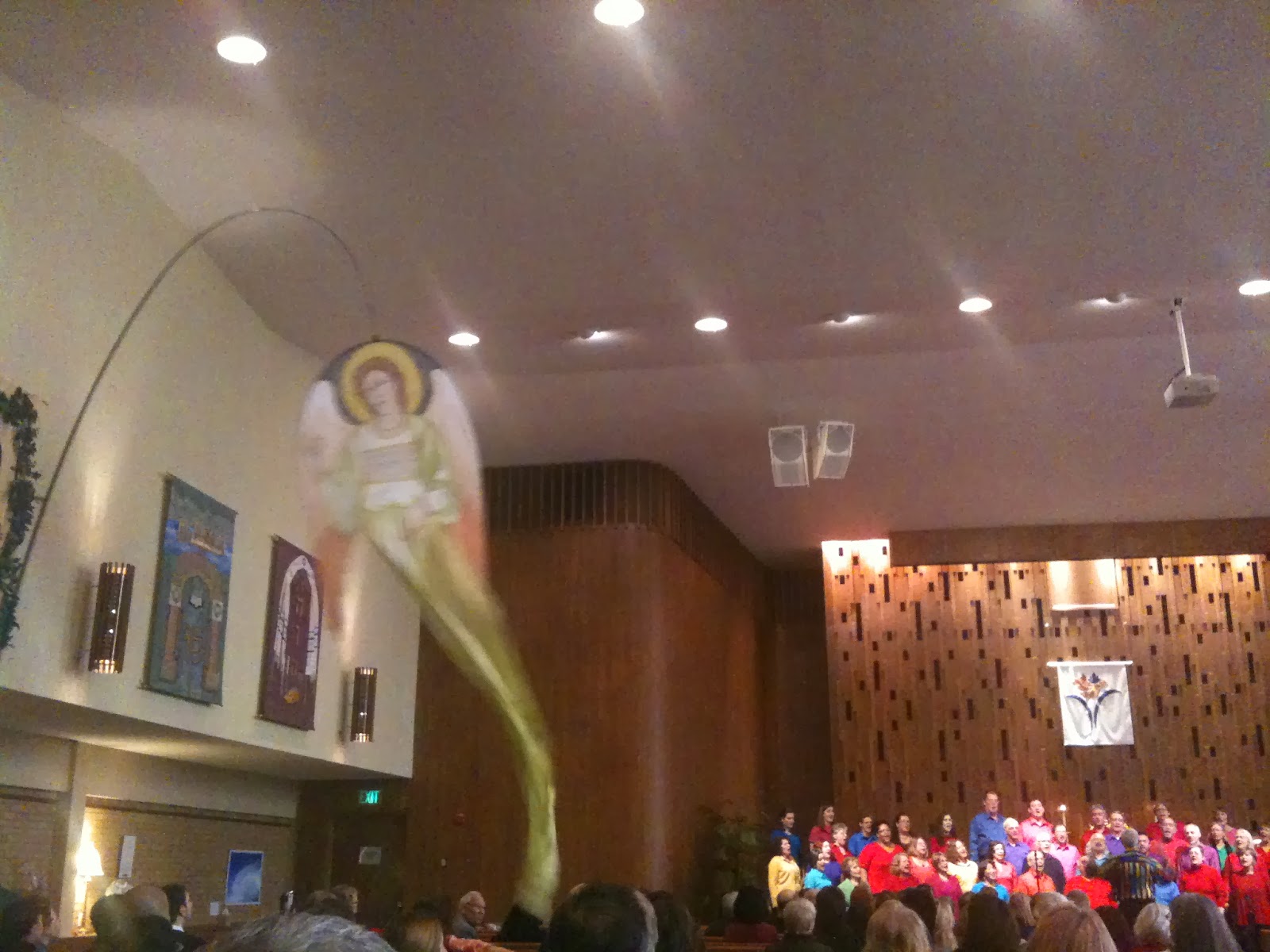 The Universe is always giving us opportunities to learn and to grow and to "walk our talk," which is why it should have come to no surprise that this month has been full of opportunities for me to love when that was not my first instinct.

Last Sunday at church for instance.

As I approached the pews there was a woman standing in the aisle waiting for someone to join her before she sat down. I chose one of three or four empty pews nearby and sat down.

When her friend had joined her, she slid into the aisle right next to me and sat down.

"Ugh. Doesn't she know the empty bus seat rule?" I thought to myself.

It got worse a few seconds later when I realized she had a cold. Ah-choo!

She was sneezing and sucking on cough drops and smelled like menthol from - I assume - some vapor rub. And I was off.

So I took a deep breath and tried to overcome my prejudice against this poor woman with a cold.

It reminded me of the time I went to Unity of Burbank with my sister:


On Sunday morning we hoofed it over to Unity of Burbank to hear a friend of my sister's give the message and we were surrounded by angels.

From the moment we entered the building we were welcomed with open arms and open hearts by all we met. And everyone we met, it seemed, had a connection to either New York (where my sister lived) or Seattle.

There was the man from Unity of Kent helping his Uncle with some home repairs. The woman from New York who still wore a Yankees pendant around her neck. The man from LA who used to lived in New York AND Seattle. And, of course, there was Lydia.

She used to live in New York, had moved to LA in the 60's with her husband and family. Had raised her kids here and was now, mostly alone. She was quiet, a bit shy, but friendly. We chatted for awhile and then it was time for the service.

It started with song as most Unity services do. First, "We Are One in the Spirit," which did our former Protestant hearts good to hear. Then "It's in Every One of Us," which was new to me, but lovely. And finally a rousing rendition of "Good Morning God." In spite of being a small congregation, they really know how to bring down the house at Unity of Burbank.

After the singing was the Opening Prayer and then the Welcome.

When I said, "small congregation," I was exaggerating slightly. The congregation is tiny. Around 25 people attend services on an average Sunday. 40 or so on a big day like Easter or Christmas. But boy is there a lot of love in this house.

During the Welcome, music is playing and everyone wanders around the sanctuary hugging everyone. And I mean EVERYONE. Why not? That's only 24 hugs!

I hugged the people I had met and people I had never seen before in my life. And I hugged Lydia. When I did she said to me, "I love you. I don't know you, but I love you." And with these words she touched my heart, brought tears to my eyes, and made my day. No, my vacation.

Sometimes it is hard enough to love those we do know, but loving those we don't, loving everyone, is what we are here to do. Lydia reminded me of that.

During the passing of the peace this past Sunday my sneezing, coldy pew-mate did something similar.

When it came time to greet our neighbors, instead of reaching out her hand, she grabbed me and gave me a big hug. It was as if she was saying, "I love you. I don't know you, but I love you."

And in that moment, I forgot all about her cold and loved her back.

[This photograph is of another Unity angel, this one at Seattle Unity.]