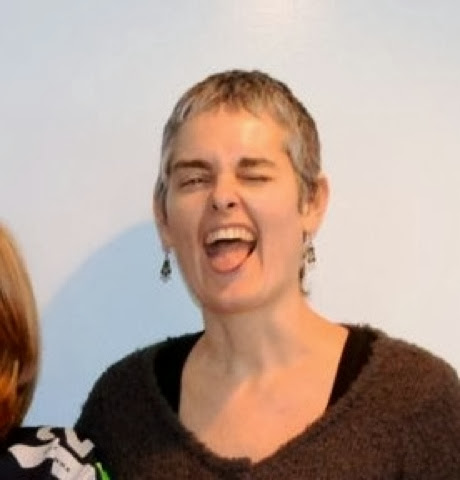 "I must learn to love the fool in me - the one who feels too much, talks to much, takes too many chances, wins sometimes and loses often, lacks self-control, loves and hates, hurts and gets hurt, promises and breaks promises, laughs and cries. It alone protects me against that utterly self-controlled masterful tyrant whom I also harbor and who would rob me of human aliveness, humility, and dignity but for my fool." ~Theodore I. Rubin, M.D.

The other day while swimming laps I made a complete and utter fool of myself.

The pool was crowded that day, there were four people in my lane alone and our rhythm was totally off. As soon as one swimmer let someone go ahead of them, that person would switch to breast stroke and be holding everyone else up. Then someone else would drop out for a few minutes to adjust the timing and another swimmer would drop their kick board and start sprinting. It was a mess and a very frustrating way to get my exercise.

I was about twenty laps from finishing when the woman in front of me started swimming breast and I just knew I had to get around her. I counted as I swam....1...2...3.... Everyone in my lane was present and accounted for, I could make my move.

I started to swim around her, and to pick up speed so I could pass her before reaching the wall, when BAM! I ran smack-dab into another swimmer.

At first I was confused, where the heck did she come from? But when I did the count I realized someone else had joined our lane and we were now five. FIVE. That's a lot of ladies in one lane.

I apologized profusely and she took off down the lane while I sat at the end for awhile, rubbing my head and trying to decide if I should keep going or call it a day. I really wanted to quit. A few years ago I would have quit for sure, if only to avoid meeting her in the locker room. I would have scurried away, tail between my legs, hoping never to see her again.

I didn't do that this time. I decided to finish my work-out and see what happened next. .

As I was swimming the remainder to my laps, I started to obsess about meeting her again in the locker room. I really didn't want to have to face her, naked, in a room full of other naked women.  My stomach hurt and my face flushed at the very thought.

"What is this feeling?" I asked myself. "And why is it so strong?"

As I swam, I looked up with every breath and there on the walls were big cut-out hearts, reminding me to look for the love.

"What is this feeling?" I asked myself again. "And why is it so strong?"

Finally it dawned on me - SHAME. I was ashamed. I had done something stupid, something careless, something a bit arrogant and it had bit me right in the ass or, rather, hit me right on the head.

It's what we do to kids when they spill a drink or talk in church or break a window. We make them feel ashamed for having done something they had no control over. For something that is an accident (definition: an unfortunate incident that happens unexpectedly and unintentionally, typically resulting in damage or injury). And I was doing that to myself.

I did have some control over this situation, I could have stayed behind the other swimmer instead of trying to pass, but I also used good common sense. I counted the other swimmers in my lane and only passed when I (thought) I knew where each of them was. This was an accident, pure and simple, but I was still shaming myself.

Once I got that, I was able to let go of the shame a little bit and finish my workout, but I was still not looking forward to the locker room scene.

Sure enough, as soon as I hopped out of the pool, there was the woman I had run into. We showered together, dried off together and were getting dressed together. I was standing in the middle of the locker room feeling ashamed again and nervous.

I knew I should say something to her. I wanted to say something to her, but I was just so embarrassed I wasn't sure I could manage it. I thought about other people I know and what they would do in this situation. My husband would make a joke out of it. My friend G would be direct and apologize. My friend O would fawn over her, offer her an ice pack or a snack bar from her purse.

Just as she was about to leave the locker room I screwed up all my courage and said, "I'm really sorry for bumping into you. Are you okay?"

"That was you?" she asked in a tone of total nonchalance. "I'm fine."

Not only did she not know it was me - as I had imagined and assumed - neither did anyone else. (In my head everyone in the locker room was starting daggers at me, "the reckless swimmer.")

Immediately she asked me if I was okay and then took off while all the other ladies in the locker room commiserated with me.

"That's happened to me before."

"It was SO crowded today."

And I felt the love. The love that only came because I was willing to love the fool in myself.